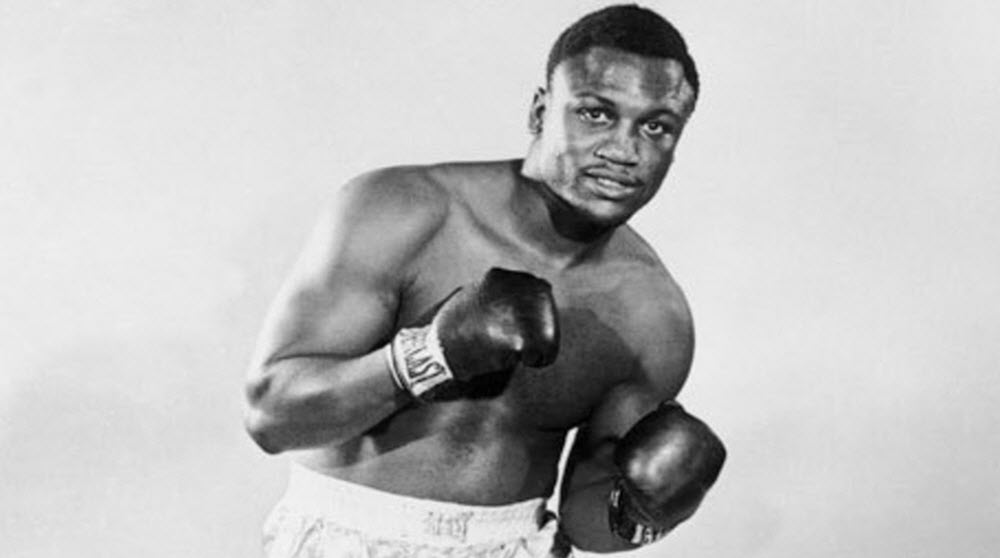 Active from 1965 to 1981, and notable for his relentless pressure fighting style, he was the undisputed heavyweight champion from 1970 to 1973.

As an amateur boxer, Frazier won a gold medal for the United States at the 1964 Summer Olympics in Tokyo.

Frazier’s boxing style was characterized by bobbing, weawing and relentless pressure – behaviours that all contributed to wearing down his opponent. He had a very powerful left hook, and it brought him most of his knockout victories.

Frazier retired from boxing in 1976, returned for a single fight in 1981, and then retired for good. He was diagnosed with liver cancer in the fall of 2011 and died on November 7 that year.

Frazier came into the limelight of pro boxing during the latter half of the 1960s, winning fights against boxers such as Jerry Quarry, Dough Jones, George Chuvalo, and Oscar Bonavena.

In 1970, Frazier became the undisputed heavyweight champion. He kept the title for two years, before losing it to George Foreman.

Fight of the Century

In 1971, Frazier defeated Muhammad Ali in the highly publicized Fight of the Century at Madison Square Garden in New York City. This was the first time that two undefeated boxers fought each other for the heavyweight title. Frazier was the WBC/WBA heavyweight champion (26-0, 23 KOs) while Ali was The Ring/lineal heavyweight champion (31-0, 25 Kos).

In The Fight of the Century, Frazier won 15 rounds via unanimous decisions.

The Fight of the Century was eventually followed by Super Fight II (1974) and Thrilla in Manila (1975), where Ali defeated Frazier both times.