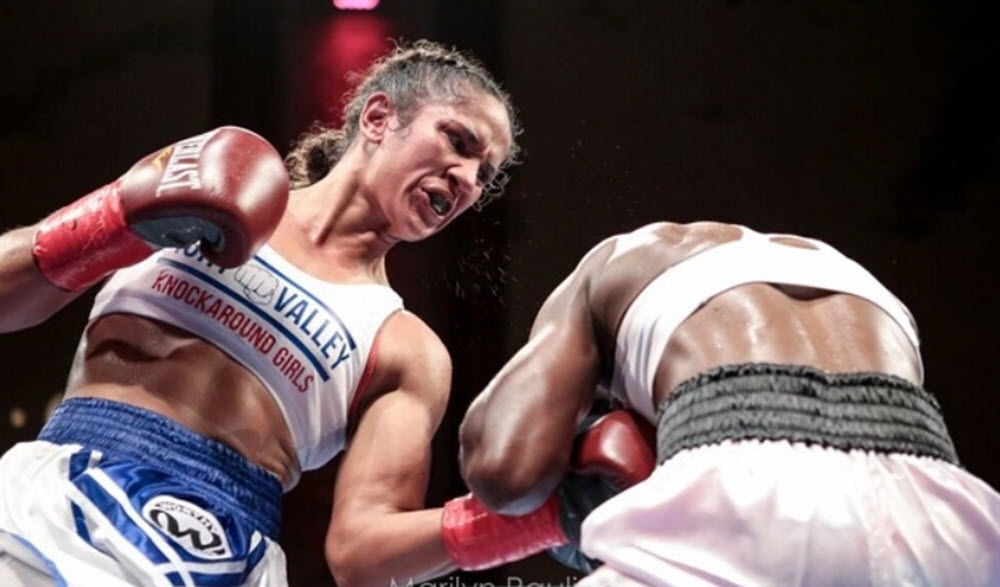 During her heydays, the press dubbed her “The Most Dangerous Woman in the World”, and she was also known as the Dutch Destroyer. She appeared on the cover of numerous magazines, including Inside Kung Fu.

Lucia Rijker’s mother is from the Netherlands and her father from Suriname in South America.

Rijker started training judo at the age of six. She also participated in other sports during her childhood, such as softball and fencing. (When she was 14, she became the Netherland’s Junior Fencing Champion.)

Before becoming a professional boxer, Rijker was a professional kickboxer. She began kickboxing at 15 and soon won a fight against the United States kickboxing champion Lily Rodriguez. In total, Rijker fought 37 kickboxing fights and won 35 of them, including 25 knock-out wins, and she ammassed four different world titles in kick boxing. One of the 37 fights ended in a draw, and her only loss was an exhibition match in Amsterdam in 1994 against the reigning Australasian Muay Thai Champion Somchai Jaidee. Rijker was the IWBA Women’s Boxing World Champion 1988-1989, WKA Women’s Division World Champion 1985-1994, and ISKA Women’s Division World Champion 1989-1994.

After her first 14 kickboxing fights, Rijker took a break from her kickboxing career to focus on acting. She can for instance be seen in the Academy Award-winning boxing-themed movie Million Dollar Baby, where she portrays Billie “The Blue Bear” Osterman, and in the 2009 movie Start Trek where she plays a Romulan officer. In the TV-show The L Word she appeard as Helena’s cellmate Dusty in season five.

Rijker did 17 boxing fights and won all of them (14 of them by knock-out). She became the WIBF Welterweight Champion, and defeated well-known names such as Marcela Acuña and Deborah Sunshine Fettkether.

Her penultimate fight was against Jane Couch in 2003, a figh which she won by decision after eight rounds. Fight number seventeen took place on May 20, 2004, against Sunshine Fettkether from the United States. Just like Rijker, Fettkether has a background in kickboxing. Rijker won the match by decision after ten rounds.

Rijker was scheduled to fight Christy Martin in Las Vegas on July 30, 2005, but ruptured her achilles tendon during training that same month, and the fight was cancelled.

In 2006, Rijker stated that although she hadn’t retired from boxing, she was only interested in fighting Laila Ali and no one else.