Mike Tyson (born 1966) is a retired professional boxer from the United States who competed from 1985 to 2005. He is considered one of the best heavyweight boxers of all time, and ESPN.com put him on spot #1 when they compiled their list of the Heardest Hitters in Heavyweight History. 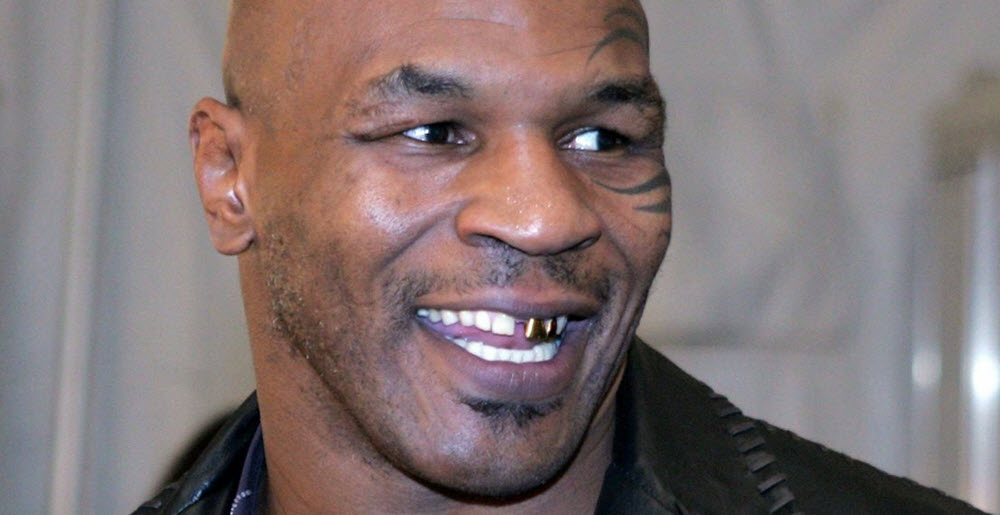 Tyson won his first 19 professional fights by knockout or stoppage, and for twelve of them this happened in the very first round.

In the ring, Tyson was renowned for his ferocious boxing style – which sometimes caused controversy. Early in his career his nicknames were Kid Dynamite and Iron, but later on he became known as The Baddest Man on the Planet.

With his eight consecutive defenses, Tyson’s unified championship reign is the third-longest one ever.

Tyson became a professional boxer at the age of 18. In his first professional fight, he defeated Hector Mercedes with a knock-out in the first round.

The young Tyson fought frequently: he did 15 fights during his first year as a professional boxer.

He won 26 of his first 28 fights by knock-out or technical knock-out, and in 16 of the fights that happened in the very first round.

The heavyweight unification series, also known as the Heavyweight World Series, was created in an effort to establish an undisputed heavyweight champion – a unified champion for IBF, WBA and WBC. The series – produced by HBO Sports and promoted by Don King – consisted of a sequence of professional boxing matches that took place in 1986 and 1987. At the end, Tyson emerged as the winner – the unified heavyweight champion for the World Boxing Association, Wold Boxing Council, and International Boxing Federation.

In the final match of the series, Tyson fought Tony Tucker in Las Vegas on August 1, 1987 and won by unanimous decision, earning him the IBF title. By that point, he had already taken the WBC title from Trevor Berbick in November 1986 and the WBA title from James Smith in March 1987.

When Tyson fought Michael Spinks on June 27, 1988, it was (at the time) the richest boxing bout in history. The fight lasted just 91 seconds, as Tyson knocked out his opponent in the first round. Many experts have pointed to this as the pinnalcle of Tyson’s boxing ability.

Winning over Spinks made Tyson the lineal champion. He succesffully defended his title nine times, before losing it to Buster Douglas who knocked Tyson out in the 10th round.

On June 28, 1997, Tyson fought Evander Holyfield in what would become one of the world’s most famous boxing matches. The fight grossed $100 million and set a new record for highest paid professional boxing purses: $30 million to Tyson and $35 million to Holyfield. Nearly 2 million households purchased the fight on pay-per-view, a record that held up for nearly a decade.

These records, however, is not the main reason for the fights notority. Instead, it was Tyson’s behaviour towards the end of the third round that made headlines around the world. Hit bit his opponent in the ear – not just once, but twice.

After the first bite, the match was stopped temporarily and the referee punished Tyson by removing two points from him. After the match had been resumed, Tyson bit down on Holyfield’s other ear, which resulted in a disqualification. This was the first time in over 50 years that a heavyweight title fight ended in disqualification.

Examples of accolades and honors