Welcome to Retiredboxers.org.  The best place to read about retired and active boxers.  We strive to feature information about well-known male and female boxers.   The female boxers might not be as well known as George Foreman, Mike Tyson or Sugar Ray Leonard but they have been every bit as important for the sport and have made a lot for promoting the sport among women.  Examples of famous female boxers that we think deserve more recognition include Cecilia Brækhu, Claressa Shields and Lucia Rijker. 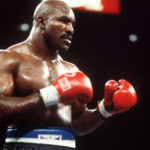 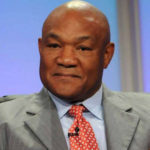 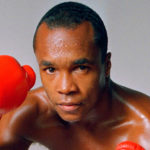 Ray Charles Leonard (b. 1956) – commonly known as Sugar Ray Leonard – is a retired professional boxer from the United States. His long career as a boxer lasted from 1977 to 1997, during which he won world titles in five weight divisions, won the lineal championship in three weight divisions, and became the undisputed welterweight champion. Read More…

Cecilia Brækhus (born 1981) is Colombian-born Norwegian professional boxer and former kickboxer. As of 2019, she has been the undisputed female welterweight boxing champion since 2014, and she is the first female boxer of any weight class to hold the WBA, WBC, IBF and WBO titles simultaneously.  Read More… 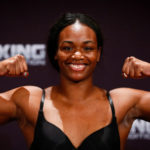 Claressa Shields (born 1995) is a professional boxer from the United States. She has held multiple world championships in middleweight and super middleweight. The became the undisputed female middleweight champion in April 2019, after previously holding the unified WBC and IBF super middleweight titles from 2017 to 2018. Read More… 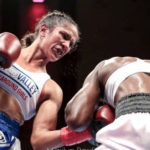 Boxing is a sport that turns over a lot of money.  Boxers can earn enormous purses when they agree to fight a certain opponent.  They are guaranteed large amounts regardless of whether they win or lose.  Floyd Mayweather vs Manny Pacquiao received 410 million dollars between them for the 2015 fight. Floyd Mayweather has been a part of several other fights with a total purse of more than 100 million dollars. Mike Tyson vs Evander Holyfield II is another example of a fight with a huge purse.  The two boxers shared 100 million dollars back in 1997.  More than 20 years ago.

To pay for these large purses the fight promoters need to make sure that the fights bring in a lot of money. Most of the money comes from pay per view fees and tickets to attend the events.  Good seats can be very expensive.  The fights are social events where you can expect to see movie stars, rock stars, top athletes, billionaires and a lot of other members of the top of society.

Boxing is also very popular among gamblers and huge amounts are bet on top fights.