Ray Charles Leonard (b. 1956) – commonly known as Sugar Ray Leondar – is a retired professional boxer from the United States. His long career as a boxer lasted from 1977 to 1997, during which he won world titles in five weight divisions, won the lineal championship in three weight divisions, and became the undisputed welterweight champion. 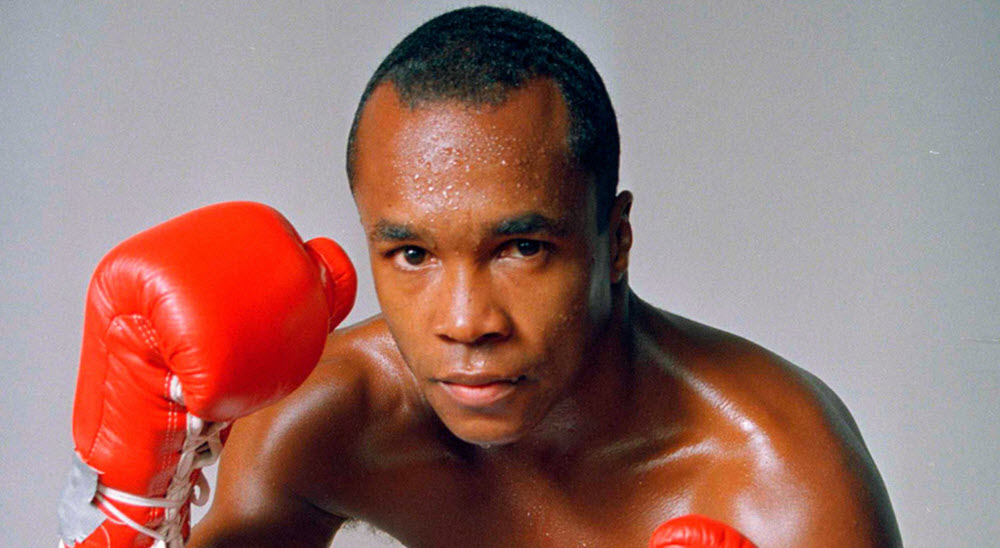 In the 1980s, Sugar Ray was one of the Fabulous Four boxers, together with Thomas Hearn, Robert Durán, and Marvin Hagler. The Fabolous Four are largely credited for helping to boost spectator and media interest in other weight classes than just heavyweight in the 1980s.

Sugar Ray was the first boxer to earn more than 100 million USD in purses.

In November 1979, Sugar Ray Leonard became the WBC Welterweight Champion by defeating Wilfred Benitez – a two-division champion with a record of 38-0-1 – at Caesar’s Palace in Las Vegas. It was a highly tactical fight, which lasted fifteen rounds. Late in the 15th round, Leonard dropped his opponent with a left. Benitez got up, but after a few more punches, the referee stopped the fight at 2:54.

After successfully defending his world title against Dave “Boy” Green in March 1980, Leonard lost it to Roberto Durán in the famous Brawl in Montreal on June 20, 1980.

On November 25, Leonard and Durán met again in a re-match in New Orleans, billed as “Stone vs. Sugar…Once Again”. In this fight, Leonard made use of his superior speed to confuse and conquer his opponent. In round seven, Leonard winded up his right hand as if to throw a bolo punch, but instead surprised Durán with a left jab that landed right in the face. In the closing second of the eight round, Durán turned to the referee and uttered the now famous words “no mas”. Leonard was crowned winner by technical knockout at 2:44 of round eight and was once again the WBC Welterweight Champion. Durán later revealed that he had suffered from stomach cramps since round five, caused by overeating after the weigh-in.

By the end of the fifth round, Hearns was leading on the scorecards and Leonard was exhibitnig a growing swelling under his left eye. At the thirteenth round, the eye was really badly swollen, but Leonard came out roaring and managed to hit Hearns with a right followed by a combination of punches. Near the end of the round, a clearly tired Hearns was dropped by a flurry of punches.

The referee stopped the fight in round fourteen, after watching Hearns become pinned against the ropes and attacked with a new flurry of punches. At the time, Hearns was leading by scores 124–122, 125–122, and 125–121, but Leonard was crowned champion.

Examples of accomplishments and accolades